Fajar Nindyo    January 14, 2014    Batam    Comment
This mosque is located in Otorita Batam (Batam Authority) Housing Complex at Jl. Palapa I Sekupang Batam. Its position was in the driveway on the right of Jalan RE Martadinata from Sei Harapan Intersection to the Sekupang Port. Once passed the security office at the entrance of the complex, the mosque found at the corner of Jalan Palapa I which was at the opposite of Tennis Court of Otorita Batam Housing Complex.

When I visited for the dzuhur prayers in December, 2013, the mosque was in under renovation which major change in architecture of the mosque. Ablution and toilet was still an old building but still usable. Position is on the right of the mosque. Overall this mosque is very beautiful look in architecture and quite comfortable as a place to pray for muslim.

After the dzuhur prayer, I look around the interior of the mosque where the walls are filled with gold calligraphy. Ceramic wall and a number of ornaments make look magnificent. However there is quite interesting that may not be found in other mosques in Batam that is the large “beduk” (a drum functioned to give notice of prayer time) that was placed in the right rear corner. The length of the “beduk” was estimated almost 2 (two) meters by 1 (one) meter more in diameter. From photos I took below, your can guess how large the size of the “beduk”.
.
If you are in traveling from and to the Sekupang Port and need to find a place to pray, you can visit the mosque and relaxed for a while. 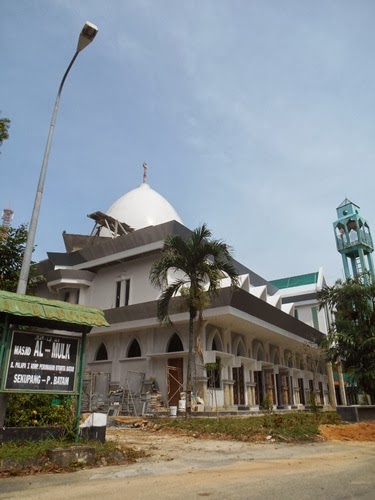 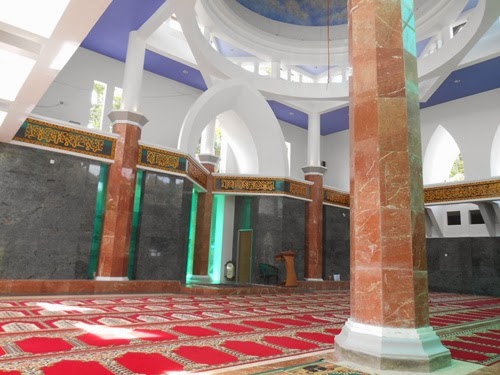 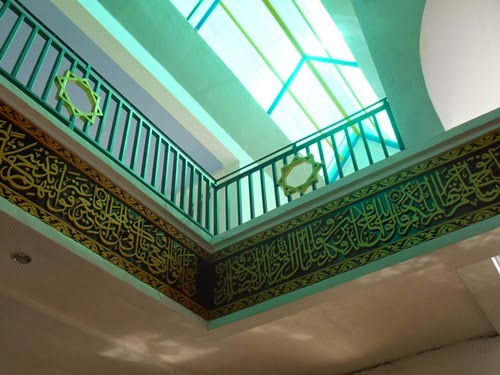 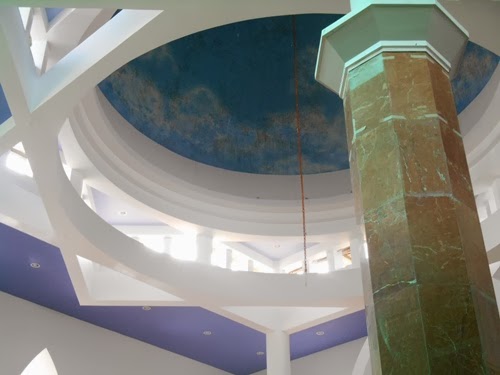 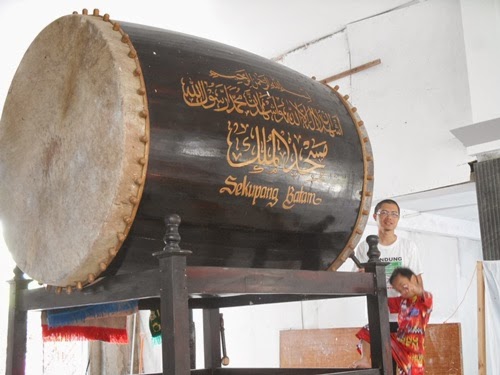 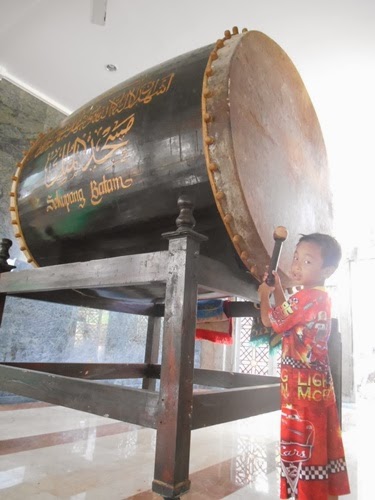