Fajar Nindyo    October 26, 2017    Sejarah & Budaya    Comment
In the book of "Douglas A-4 Skyhawk" by Jim Winchester and printed by Pen and Sword Aviation, England, 2005, it was described that by the late 1970s, Indonesia's fleet of Soviet-built Ilyushin II-28 'Beagle' and Tupolev Tu-16 'Badger' bombers was largely grounded because of a lack of spare parts. Then, vice-president Walter Mondale offered , 16 (sixteen) Skyhawks during a May 1978 visit to .


14 (fourteen) single-seat and 2 (two) two-seat Skyhawks were indeed delivered in November 1979, but these were A-4Es and TA-4Hs from Israeli stocks. It is possible that it was who initiated the sale, but that it was brokered by the to avoid local Muslim sensibilities. The A-4s were serialed TT-0401 to TT-0414 and the TA-4s were TL-0415 and TL-0416. The former US or Israeli identities are not known for the Es, although one is believed to have been 819 in IDF/AF service, and one of the TA-4Hs was 66. Some of the Israeli-built avionics were removed, but the A-4s retained by No. 141 Squadron at Etzion in Israel, and one this was completed, the squadron's aircraft were transferred to Indonesia.

These aircraft formed the complement of Skwadron Udara 11 (SkU11) at Madiun-Iswahyudi Air Base on Java and later at Hasanuddin Air Base near on Sulawesi (the ). In 1982 an additional 16 (sixteen) surplus A-4Es were purchased directly from US stocks and were refurbished before delivery in a deal worth $27 million in total. This second batch was used to equip Skwadron Udara 12 (SkU12) at Pekanbaru Air Base, . The TNI-AU serials were TT-0431 through TT-0446. Again, their previous identities remain unknown. With the arrival of BAe Hawk Mk 109s and 209s in 1996-7, SkU 12 gave up its remaining A-4s and the approximately twenty-seven survivors were concentrated at Hasanuddin with SkU 11.

Following the 2003 accident to TT-0419, First Air Marshal, Edi Harjoko, admitted that the Skyhawk was "not in the best condition", saying that only 4 (four) or 5 (five) of the Air Force's Skyhawks were currently in airworthy condition because of a shortage of spares. The arrival of the Sukhoi Su-27 in in mid-2003 has probably spelt the end of the A-4 in TNI-AU service, partucularly as the first delivery arrived wearing an SkU-11 badge.

Several registration number of Douglas A-4 Skyhawk were preserved at Museum Pusat TNI-AU Dirgantara Mandala at , as the photos below. 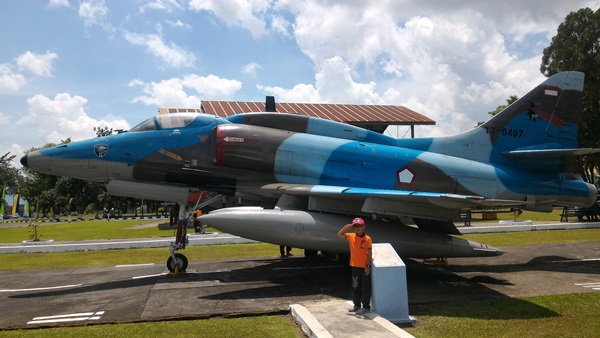 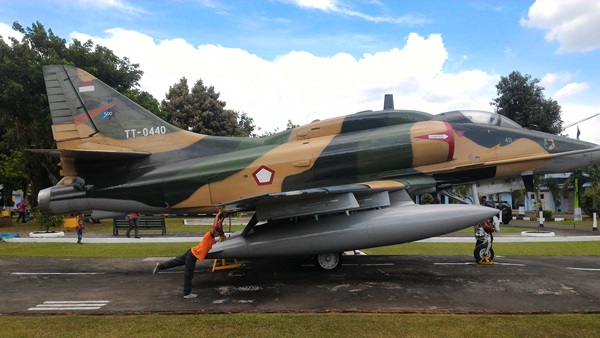 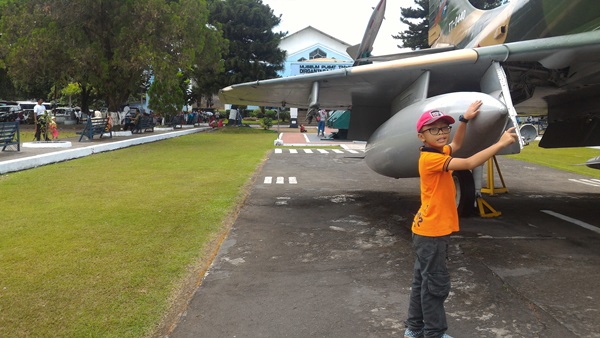 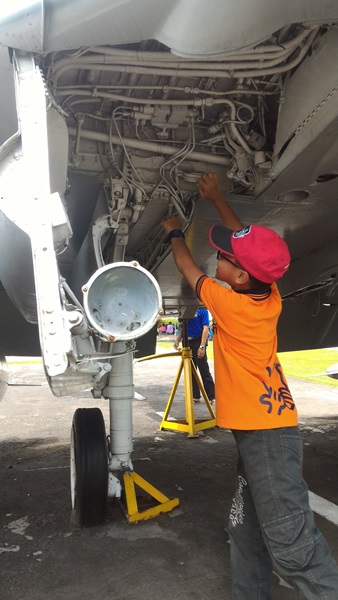