Fajar Nindyo    January 05, 2014    Singapore    Comment
Try to stand on the , one of the oldest bridges in , and looking around the and sky-scrapers alongside the river, or imagine that you are Sir Stamford Raffles overlooking the busy activities around there.

Designed by Colonel GC Collyer, Chief Engineer of the with RM Ordish of the Public Works Department, then under the charge of John Turnbull Thomson, its steel structures was shipped out from , this bridge linked and the government quarter. Its name was changed from to after Lieutenant General Sir William Orfeur Cavenagh appointed by who governed from 1859 to 1867.

This bridge was constructed in 1869 by the P&W Maclellan as a suspension type. Numerous steel rivets was found in its construction across . In its history, this bridge became unable to serve increasing traffic, so in 1910 the government decided to build other namely the to replace the role of .

Now the was used as pedestrian bridge. All of vehicles diverted to . A police notice can be seen until now as read : Police Notice. . The Use of This Bridge is prohibited to Any Vehicle of which the Laden weight Exceeds 3 cwt. And to All Cattle and Horses. By Order. Chief Police Officer.

As a pedestrian bridge, the connects the cultural district at north bank and the commercial district of the south of . To get there, you can alight at Raffles MRT Station and just walk after exit the station. In short minutes, you will find this location. 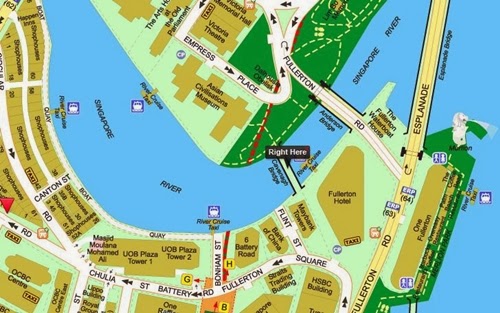 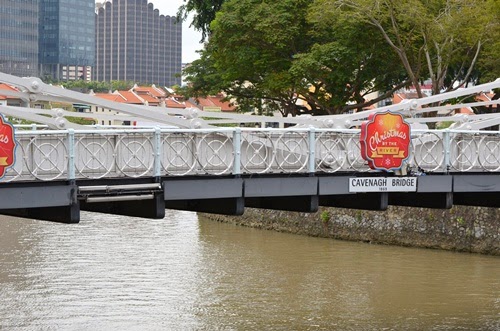 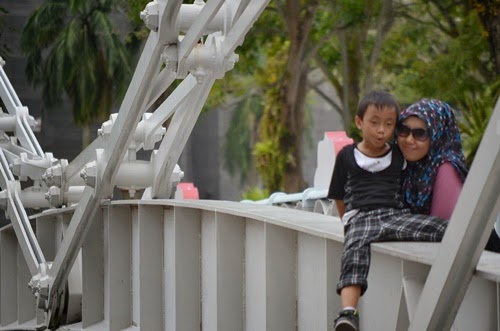 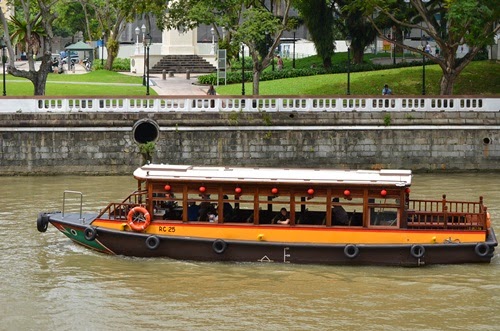 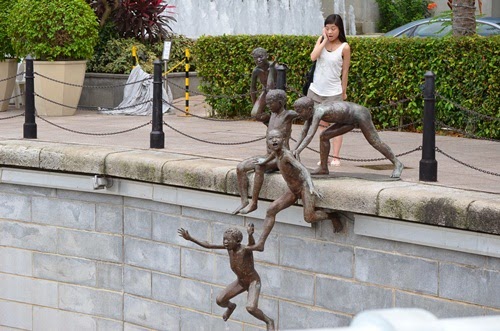