In connection with the appointment of Batam City as the host of the National MTQ (Musabaqah Tilawatil Qur'an ) 2014 will be held in June 2014, Batam Municipality Government has made ​​a number of major renovation in the Dataran Engku Putri area, Batam Centre, Batam, which is currently under construction of permanent astaka (Malay term meaning a place where the king sat on the throne). This Astaka will be used as a stage and spaces or rooms associated with the MTQ event.

The preparation for the National MTQ 2014 was also manifested by the realization of widening and improvement in a number of roads adjacent to the Dataran Engku Putri such as widening of public road in front of the Masjid Raya Batam , paving new road lane in front of Kalista School toward Simpang  KDA (Kurnia Djaja Alam). Reportedly, Batam Municipality Government will also build a welcome gate at the exit of Hang Nadim Airport to welcome the guests and participants of MTQ from all of the provinces .

It is estimated that the entire process of the renovation will be completed at the end of May 2014 which the astaka construction has cost about IDR 9 billion which the tower was built as six pieces with the building style similar to the Prophet's Mosque in Medina, with a combination of Malay-style architecture . Especially for Astaka, there are 5 (five) pieces of the dome which has partitions in it as a space for qori/qoriah when performing, jury room, committee room, and others. The stage itself reaches an area of ​​about 900 m2 plus other facilities such as an access for visitors with wheelchairs. Reportedly again, when MTQ is completed , the former building will be used as a museum.

With the presence of a number of new buildings, Dataran Engku Putri will be more attractive for visitor to visit there. Some corners in this place was pretty good for taking pictures like a results of my visit to the site in early January 2014. 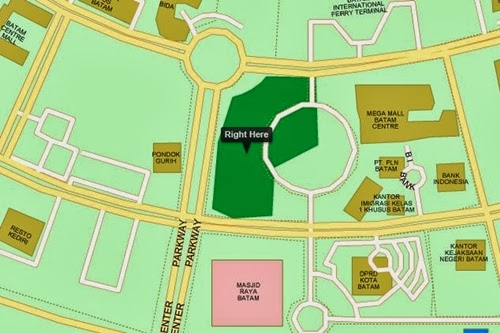 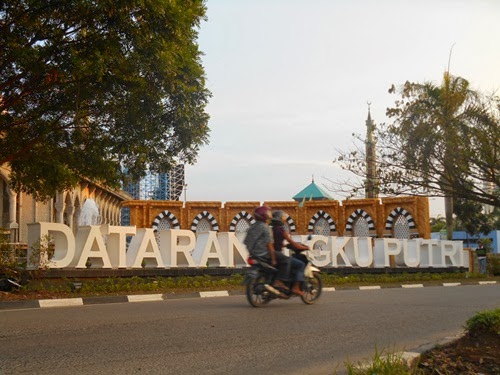 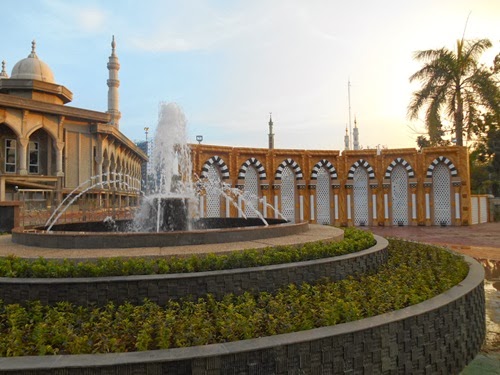 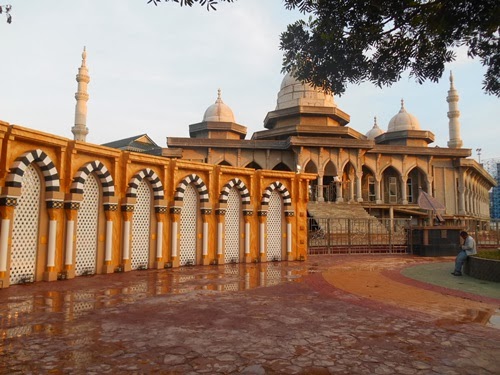 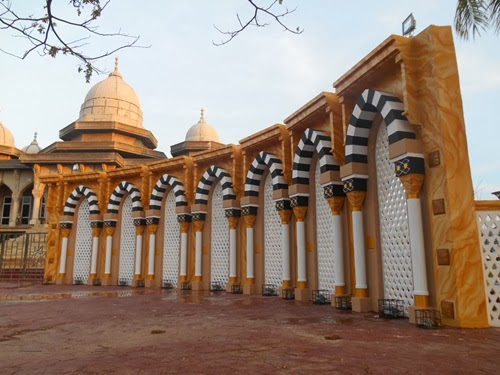 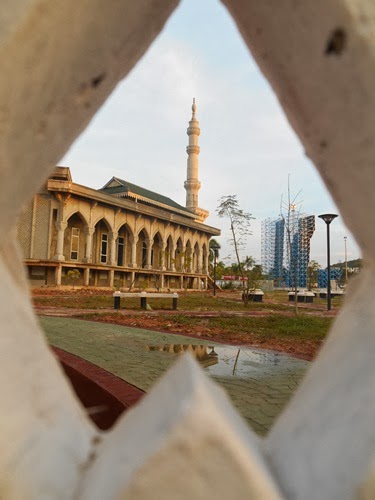 A View of Astaka & Tower 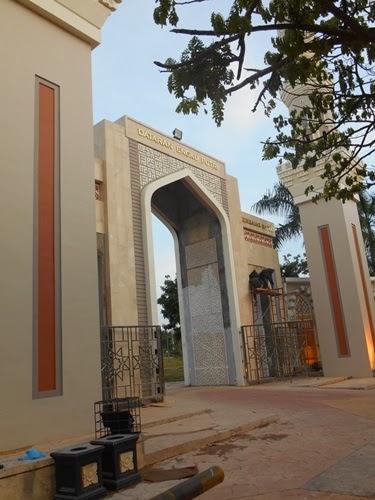 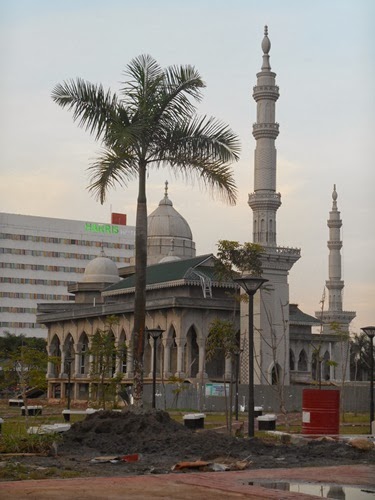 The Astaka ; Behind is Harris Hotel Building 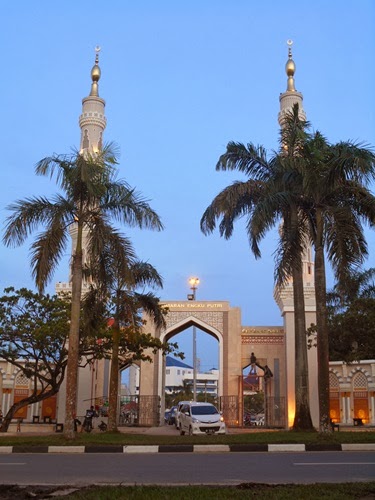 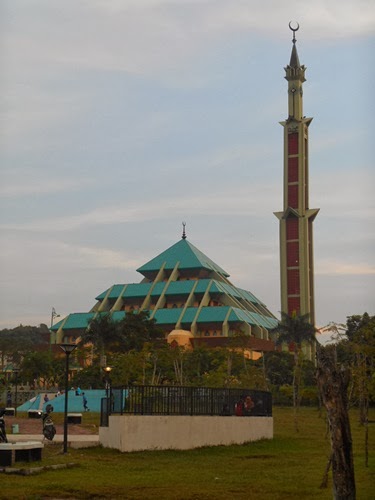 Masjid Raya Batam in the Southern