The Al-Akbar Mosque of Surabaya

Fajar Nindyo    November 16, 2017    Surabaya    Comment
Work of this mosque was started on August 4, 1995, marked by the laying of the cornerstone by the Vice President try Sutrisno and officially declared by President KH Abdurrahman Wahid on November 10, 2000.


Physically the mosque with it's supporting facilities has been built on an expanse of 22,300 square meters with a length of 147 meters and width of 128 meters. The form of its roof is a large dome supported by 4 small pyramid shaped domes and a tower. The dome of Al-Akbar mosque looks different from the usual shape and colour of the domes in general in . The shape of this dome is unique in that its shape looks like the shape of a half of an egg with 1.5 layer of about 27 meters high. It stands on pyramid cut into 2 layers of about 11 meters high with a 54m x 54m diameters. The joint of the curved and smooth surface causes a complicated problem among others because of the possibility of a bigger decrease of the structure. Nevertheless, this problem has been overcome by a team of professionals by using sophisticated implanting equipment. The dome is covered with a product used by several great mosques, among others the Masjid Raya Selangor in Syah Alam. And the result ? You can see a dome of 200 tons, sturdy, unique and beautiful. An elegant space frame that makes the Al-Akbar National Mosque Surabaya look calm, shady, spacious and comfortable.

Another superior quality of Al-Akbar mosque is the distinguished patterns of carvings and calligraphy that decorate various elements of the building. The moment a visitor set foot on the entrace of the mosque, 45 carved teakwood doors would welcome him. A large drum used to summon people to prayer called a "bedug" is put in the front terrace.

The beauty of the mosque is one important consideration in the process of building the Al-Akbar mosque. One of the supporting factors to the beauty of the mosque is the illumination or the lighting of the building, the yard, the park, the dome as well as the tower. Another beauty support is the interior elements like stained glass made by triple glazed unit system i.e. stained glass panel layers or panel bevel with tempered glass using American made materials and machinery. This triple glazed unit is not only energy saving but also very good to muffle the disturbing noise.

Another beauty touch to enhance the elegance of Al-Akbar mosque is the painting and finishing touch. In the process of this finishing touch is the elegant colour which gives a serene aroma to Al-Akbar mosque. All points are given harmonious colours with dominant bright colours which resulted in a calm, elegant and pleasant appearance from all sides : a condition that is needed to attain a point of concentration when appearing before Illahi Robbi in praying. These elegant bright colours are in general similar to the colouring of the mosques in the ancient time. If there were any differences then it would only be in the personal touch and the advanced technology. 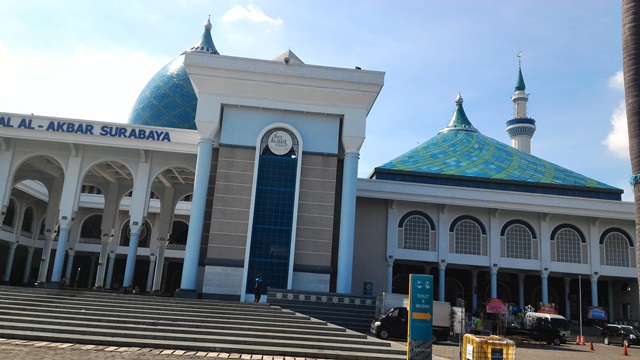 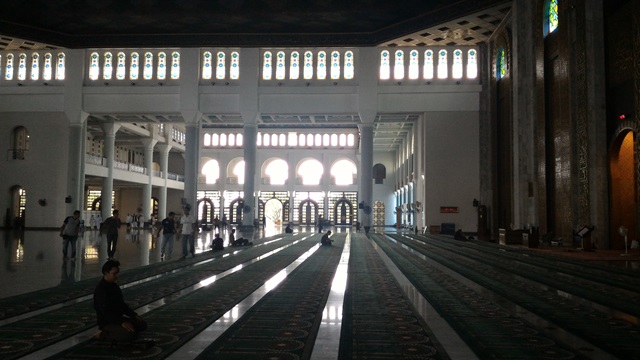 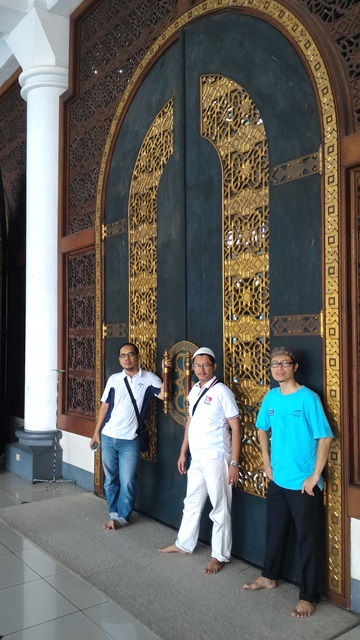 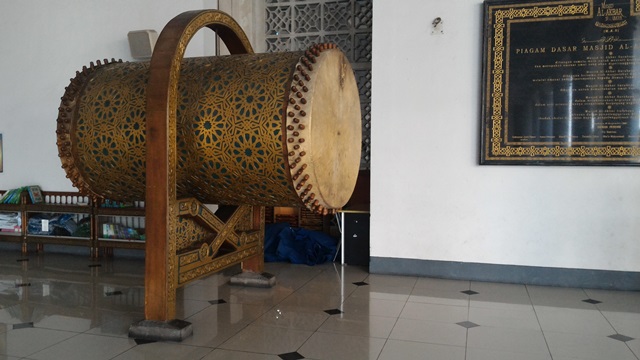 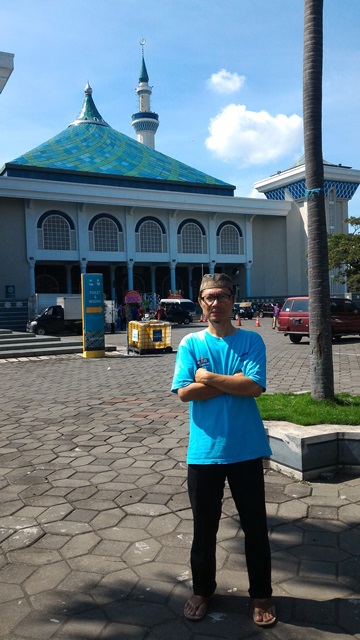