Fajar Nindyo    November 05, 2018    Jakarta    Comment
Fatahillah is a Muslim figure who has an important role in the history of the nation's struggle against invaders where he and his troops succeeded Portuguese from the trading port of Sunda Kelapa.


There are several versions of this history or origin of Fatahillah. One famous version mentions that he was a young cleric whose real name was Fadhilah Khan from Samudera Pasai who had just returned from Mecca. Because the Portuguese had difficulty spelling his name, he was later better known as Fatahillah or Falatehan.

Since Aceh had been ruled by the Portuguese since his return from Mecca, he could no longer set foot on his land. Before leaving for Mecca, he already knew the good relationship between the Kingdom of Samudera Pasai in Sumatra and the Kingdom of Demak on Java. He thought, later if he could not enter his homeland, he would leave for Demak. At that time there were three Islamic forces that grew and developed in the land of Java, namely Demak, Banten and Cirebon.

Fatahillah was expected to set foot in Javanese land in 1525. At that time, he was also aware of the threat of Portuguese presence facilitated by the Sunda kingdom through the Padrao agreement (1522). The Sundanese king warmly welcomed the Portuguese arrival. When Prabu Surawisesa occupied the throne of the Sunda Empire, the Portuguese called him "Raja Samio".

After staying in the Kingdom of Cirebon for a long time and helping his father-in-law in spreading Islam in the Sunda, Fatahillah began to continue his journey to Demak. Sultan Trenggana who led the Demak Kingdom at that time was very pleased with the presence of Fatahillah. He felt he got the most appropriate person to lead his attack on Sunda Kelapa, the most important port city that had become part of the agreement between the Portuguese and the Sundanese Kingdom. At that time, the Sundanese king agreed to an agreement of friendship with the Portuguese king and decided to give land in the mouth of Ciliwung as a place for Portuguese ships to dock.

Meanwhile, Sultan Trenggana treated Fatahillah very well by realizing it by marrying Fatahillah with her younger sister, Ratu Ayu Pembayun. Sultan Trenggana knows, Fatahillah has a wife in Cirebon, but Fatahillah's marriage with her sister is believed not to worsen the atmosphere, it will even be able to strengthen Islamic relations and brotherhood between Demak and Cirebon.

Sultan Trenggana then ordered Fatahillah to expel the Portuguese who were entrenched in Sunda Kelapa. On June 22, 1527, a joint force from Demak, Cirebon and Banten under the leadership of Fatahillah succeeded in seizing Sunda Kelapa. Later on June 22, it was the anniversary of Jakarta. It is reported that this Fatahillah changed the name Sunda Kelapa to Jayakarta. Since then the heyday of Sunda Kelapa ended and the Jayakarta period began which lasted almost a century (1527-1619). 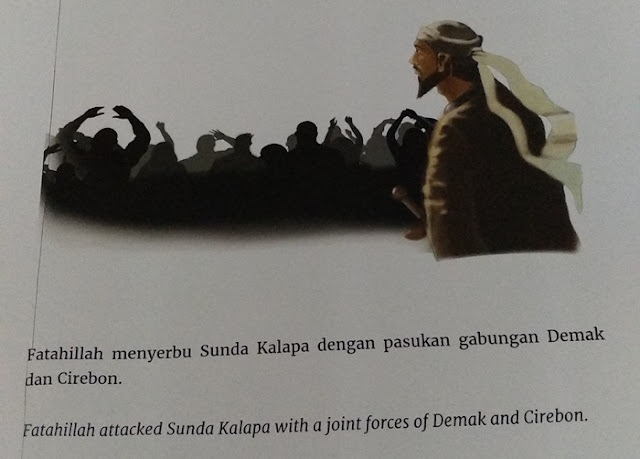 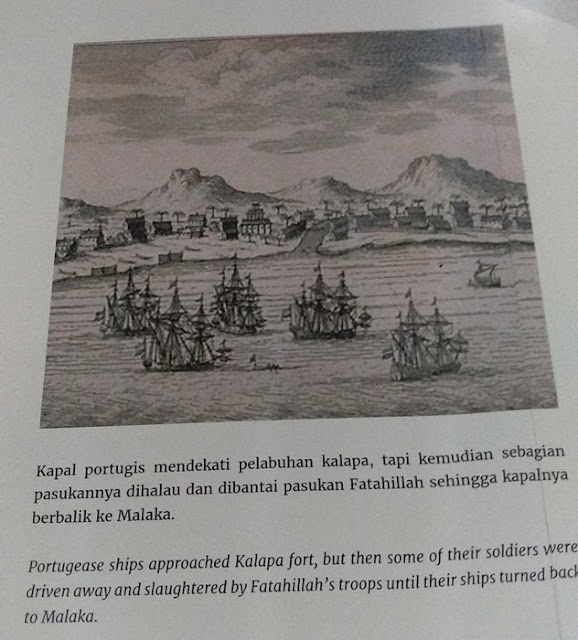