History of Conquest of Sunda Kelapa by Fatahillah Based on The Display Book at Maritime Museum, Jakarta

Fajar Nindyo    November 26, 2018    Jakarta    Comment
When we visit the Maritime Museum in Jakarta, we will find a special room containing history and statues depicting historical figures who have visited Indonesia. One of them is Fatahillah.


In the display book posted on Fatahillah's room mentioned, Indonesia has a maritime hero called him Fatahillah. This figure has succeeded to chase the Portuguese invasion away the Sunda Kepala port in 1527. Known as Fatahillah, he has many other names, such as Falatehan, Fadhilah Khan, Ratu Bagus Pase, and the King of Sunda Kelapa.

Fatahillah was born in 1490. His father, Maulana Makhdar Ibrahim, was a Moslem clergy who was born in Gujarat, south of India. In 1521, Pasai occupied by Portuguese. Seeing his homeland gripped by the colony, he felt so sad and rancorous. Incapable to do something, at the same year Fatahillah chose to leave Pasai. He brought about a pilgrimage to the Mecca as a Holy Land and literate the religion-science inn there boarded with a merchant ship.

In 1524 Fatahillah returned to Pasai. Knew that Portuguese was still colonizing there, he decided to go out in the second times. He travelled to Jepara’s port then to face to the Sultan Trenggana. There, he gave religion of Moslem lesson for the teenager, either in the aristocrat or proletariat surroundings. Based on this sincerely devoted spirit, Fatahillah got trust by the Sultan Trenggana. Day by day finally he nominated as the Palace advisor and a commander in chief of the Demak Bintara Empire. To close the kinship relations, Fatahillah was marriage with the sister of the Sultan Trenggana named Nyai Ratu Pembayun in 1525. Nyai Ratu Pembayun was a widow, she was Prince Jaya Kelana’s wife who was the son of Susuhunan Jati (Sunan Gunung Jati) from Cirebon.

A closed relationship between Susuhunan Jati (Sunan Gunung Jati) and him, one of Wali Sanga (nine religious leaders) then he married again with Nyai Ratu Ayu. She was also a widow, former the Prince of Sabrang Lor (Adipati Unus), the second Sultan in Demak who died on the duty to command the Demak’s fleet attack Portuguese to Malacca in 1521.

Since Malacca fell in the grasp of the colony of Portuguese, on August 5, 1511, then it was practically resistance straight by the Royals in Southeast Asia region. Still in 1512, Portuguese succeeded to make relations with Pajajaran Kingdom (West Java) and also Blambangan (East Java). Moreover, both side either Pajajaran or Portuguese has signed a treaty on August 22, 1522, which give permission to Portuguese to establish fortress in Sunda Kelapa port.

Since he has left his homeland, Fatahillah maintained actually 2 (two) goals wanted to bring into reality. They were such as execute of mission endeavour of Moslem and chased the Portuguese away Indonesian archipelago. Both goals were as background his desire to perform the mission endeavour of Moslem to West Java and wrested Sunda Kelapa from the hand of Pajajaran and the influence of Portuguese that entered Java. His willing agreed and got support by Sultan Trenggana. After they have made a perfect plan then they sent Demak’s fleet with the key purpose wrested Sunda Kelapa in 1526. The command trusted to Fatahillah. Enroute to Sunda Kelapa port, Fatahillah spent the time to visit Cirebon, met the Susuhunan Jati, his father in law. He got amount soldiers by his father in law completed with the weapons and foods. Also, now the total of his soldiers became 1967 personnel. The soldiers of Cirebon leaded by Prince Cirebon, Dipati Keling and Dipati Cangkuang. From Cirebon, Fatahillah continued his travel to Banten. According to his calculation, they had to defeat Banten first. Moreover, there was in Banten the big Moslem communities under Pangeran Hasanuddin, the son of Susuhunan Jati or his brother in law self.

The calculation was absolutely right. Banten could be paralysed and converted to Islam without conflict with the soldiers of Pajajaran. In the same years, exactly in 1526, Pangeran Hasanuddin promoted by Susuhunan Jati as governor Banten. The following years (1527), after the circumstance in Banten was in a good condition, Fatahillah then made an attack to Sunda Kelapa. In this offence, Fatahillah brought soldiers about 1425 personnel, added with some volunteers come from Banten who did not wear the soldier’s uniform and responsible as spies and road guides.

Through a violence water and land battles, Fatahillah able to beat back Pajajaran troops, and the Sunda Kelapa port could be dominated. A few times, after Sunda Kelapa was under command of Fatahillah, arrived the Portuguese’s fleet led by Fransiscus de Sa. Unknown that the sovereignty of Pajajaran has taken over to Fatahillah, he then sent an envoy to face Fatahillah. The outline was Portuguese ready to bring about the fortress. This plan refused by Fatahillah and the envoy expelled from Sunda Kelapa.

Betrayal the promise, Fransiscus de Sa asked for his navy fleet to attack Sunda Kelapa. The battle in water and land happened again. Fatahillah and his soldiers never surrender and go back. After the cannons of Demak’s fleet succeeded to sink the Portuguese warship, the spirit of Portuguese soldiers weaker. So as slowly but sure the Portuguese’s troops started to rush. Finally, they were separated one to another. They run as fast as possible, hid in the ship and afraid to look back. Then, 3 (three) ships of Portuguese which fling off the attack began to leave Sunda Kelapa and go back to Malacca.

Celebration and expression of gratitude to God, nominated he with his new position, going on June 22, 1527. That day name of Sunda Kelapa changed to Jayakarta. It’s meant “the victory by force of Allah”. Based on the story of Fatahillah struggle, the date of June 22, determined by DKI government as an anniversary of Jakarta town. 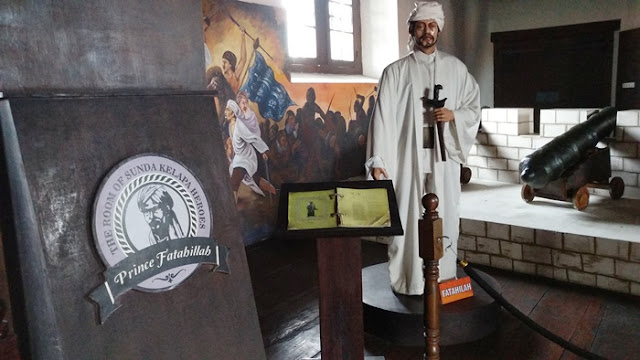 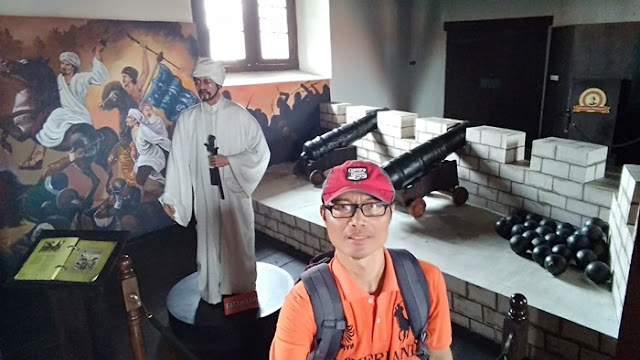 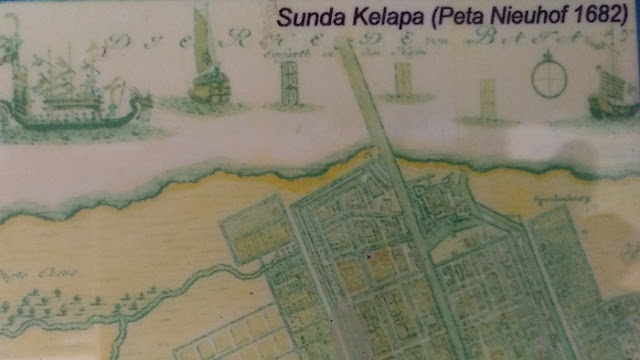 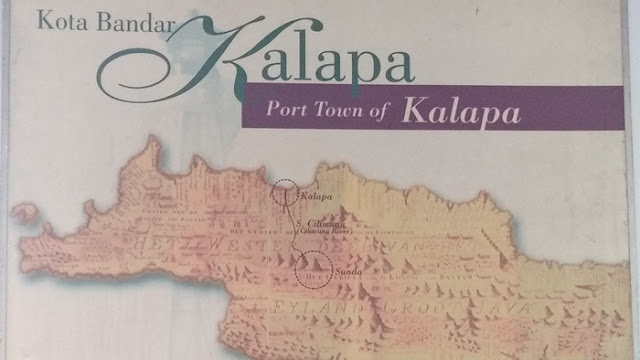