History of Gambier and Pepper in Johor, Malaysia

Fajar Nindyo    January 12, 2020    Malaysia    Comment
Gambier and pepper are not an unfamiliar things for Johor Bahru people. When they are driving along Johor roads would noice the tall lamposts decorated with designs of pepper and gambier.

We can also see street decorations and flowerpots in the public places bearing pepper and gambier motifs. Invitation cards and souvenir programmes of official functions in Johor often carry little sparys of borders of these 2 (two) plants. These trailing vines can also be seen in the decorations of many public buildings and indeed, have been incorporated into the design of Johor Bahru City Council’s crest and State Regalia. Recently, the Chinese community of Johor Bahru also used these motifs for the design of the archways of Tan Hiok Nee Heritage Walk. They are a reminder of the importance of these 2 (two) crops in the history of Johor.

150 years ago, gambier was widely used in leather tanning and cloth dyeing, and at that time, gambier and pepper plantations were everywhere in Johor, like we see oil palm plantations nowadays. But gambier and pepper were soon overtaken by the pineapple and rubber plantation at the turn of the last century, and gambier has since vanished and totally forgotten. There is hardly any gambier plant left. Now, not many people know what gambier is and how it looks like.

Gambier (Uncaria gambier) is tropical shrub which grows well in Malay Archipelago. It is believed that gambier plant is originated in Sumatra and Borneo. Since then, Riau had been a gambier producing and trading centre in Southeast Asia for over a hundred years. As demand increased, new gambier plantations were opened through a mixture of Bugis and Chinese enterprise in the Riau Islands in the 1740s. The cultivation of gambier was later migrated from Riau to Singapore, and then from Singapore to Johor in 1844. In cultivation, the plants can grow to about 2 (two) metres high. The leaves are oval or oblong in shape and measure 8 (eight) to 14 (fourteen) cm in length.

Temenggung Ibrahim of Johor encouraged the Chinese planters to cultivate the economic crops in Johor. He introduced a unique Kangchu System for better administration of the Chinese settlements in the plantation areas. A panel on the production and distribution network of gambier and pepper is included to show the parties concerned, namely the Maharajah Abu Bakar, gambier royalty farmer Tan Hiok Nee, the towkays (gambier merchants) and planters who played their roles in this business or industry in 1877.

The production of gambier and pepper provided substantial revenue for the ruler and was also the economic lifeline of the Chinese community in 19th century. The plantation of these economic crops also contributed significantly to the opening up and to the social and economic development of Johor. Thus it helped transform Johor from a traditional maritime state to a modern kingdom with crop farming as its economic lifeline. 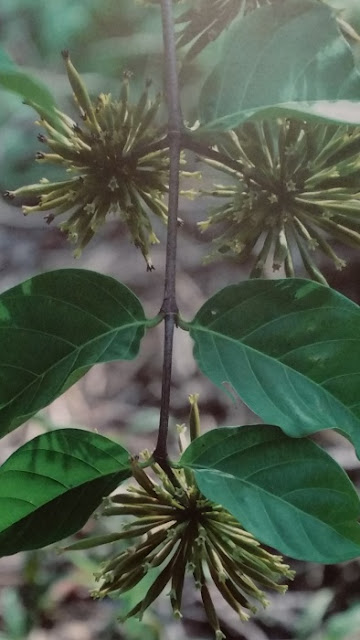 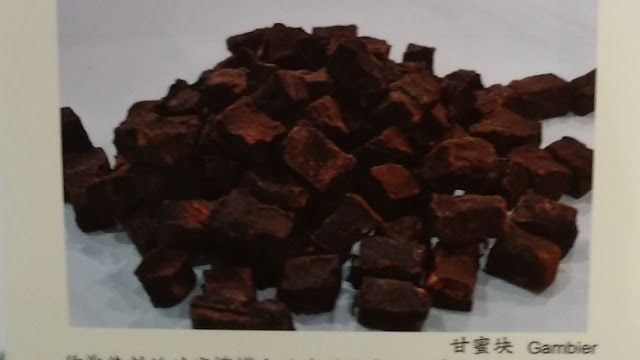