When Hatta was still in the ELS (Elementary School in the Dutch Education system) in Bukit Tinggi, his uncle, Rais, were arrested for criticizing the colonial government as stated in the Utusan Melayu Daily. That’s when he witnesses his first injustice caused by the Dutch Colonial Government. Upon his education in the MULO (Netherland’s Middle School), he begins developing his political awareness by following the Jong Sumatranen Bond.

Upon his study in , he demonstrated his skill as an effective organizer. He becomes well-known throughout the Indonesian students in . That is how he becomes the chairman of The Perhimpunan Indonesia (Indonesian Students Association in the Netherland). His duty includes appearing at international causes and ensuring the publishing of the Indonesia Merdeka magazine. He also made an effort to incite organization movement aiming at the independence of . Back to , he remains active in the national movements which led to his exile to Digul, Banda Neira, etc.

Located in the residence building of Tadashi Maeda (now Museum Perumusan NaskahProklamasi), he, with Soekarno and Ahmad Subardjo, drafted and composed the proclamation text.

After independence, he was chosen as the vice president of Indonesia, accompanied Soekarno as a president. His fight for this country never ended because even after the independence, Indonesia’s sovereignty remains threatened with enemies from inside and outside of Indonesia. Finnally, he rested his eyes on March 14, 1980. 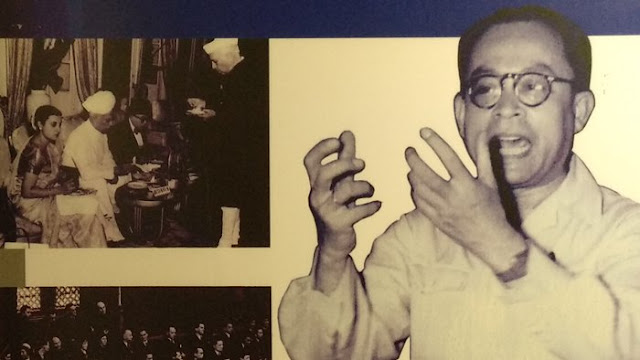