Soekarno ; The First President of Indonesia

Fajar Nindyo    February 24, 2019    Tokoh & Peristiwa    Comment
Based on the information displayed in the , Soekarno was born on , in , East Java, Indonesia. He is the son of Raden Sukemi Sosrodiardjo and Ida Ayu Nyoman Rai Sarimben.

Young Soekarno begins his interest in politic ever since he lives at the house of HOS Cokroaminoto. In this house, he experiences his first passion for politics; the issue that troubling the people of and realizing the political power of organized movements against the colonial government. As so during his study at the HBS (), secondary type-school in the Netherland education system, he was involved in the Tri Koro Darmo, Jong Java and actively contribute his writings to the Utusan Hindia.

During his study in , Soekarno already has interacted and collaborated with many leaders and well-known figures of the national movement. He spearheaded the political movement for the independence of . His ideas of unity and were manifested into his writing and publications. For his involvement in the movements, he was frequently exiled to place such as Bengkulu, Ende, and more.

He becomes the first president. His fight for this country never ended because even after the independence, ’s sovereignty remains threatened with enemies from inside and outside of . 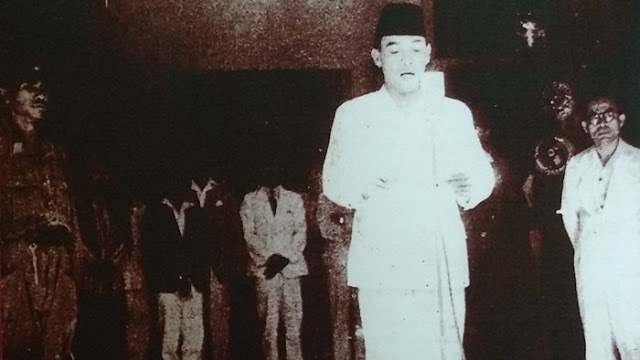