Fajar Nindyo    February 26, 2019    Jakarta    Comment
Based on an article about written by Stephen Backshall, it was said that is one of the fastest growing cities in the world. Currently, as the capital city of sprawls over 656 km2 of northern Java and its inexorable expansion continues both east to Tangerang and west towards Bekasi districts with which it now almost imperceptibly blends.


From a mere 900,000 inhabitants in 1945, the current population is well over 10,000,000. In reality, the number of people living in greater which is known by the typically acronym of Jabodetabek (Jakarta-Bogor-Depok-Tangerang-Bekasi), can never be known accurately, censuses having proved unreliable. Despite a 1971 moratorium that declared the city closed to immigrants, the population continues to grow at a rate of around 200,000 every year, many of the newcomers being unskilled migrants from rural Java.

The capital has some of the country’s finest museums including the in Sunda Kelapa, the Fatahillah or Jakarta History Museum, the Fine Arts and Ceramic Museum, the , and the in Jakarta Kota and best of all, the in the centre of the city. The latter having raided many of ’s most famous archaeological sights for its exhibits, provides an excellent introduction to the culture and history of the entire archipelago. The location is on the western edge of Medan Merdeka (), in the centre of which stands the (Monas), a concrete and gold column 137m high which has become a symbol of the city.

Immediately to the south lies the Golden Triangle, a square-kilometre cluster of ostentatious skyscrapers, muscular 1960s-style “Heroes of the Revolution” monuments and multistorey shopping plazas, with plenty of markets to trawl through by day and bars to hit in the evening.

Even in the most prosperous parts of , one can still find tiny but numerous kampong, twilight worlds of murky alleyways, open sewers, crying children and scurrying vermin. It is this stupefying juxtaposition of outstanding wealth and appalling poverty that many find so offensive. Large sections of remain ugly and inefficient, the vast metropolis ringed by endless crumbling suburbs, traversed and vectored by congested eight-lane expressways and malodorous canals, huge shiny office blocks sharing the roadside with rubble-strewn wasteland and slums. It remains a wonder, especially given the notorious corruption, the works at all. 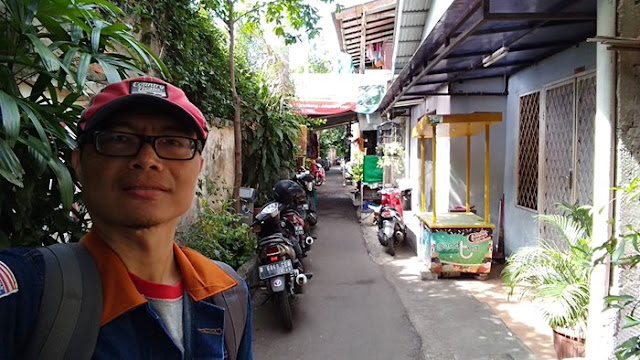